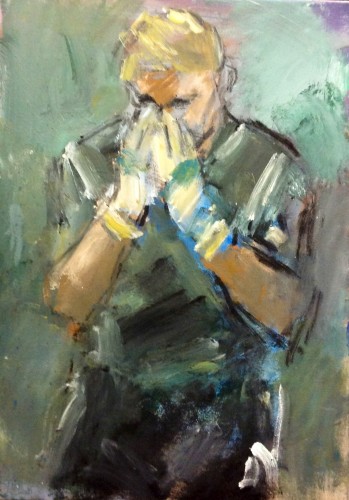 Ghislaine studied Fine Art at the University of Newcastle Upon Tyne. She is best known for her ground-breaking exhibition concerning pregnancy and birth, the first of its kind, at Manchester City Art Gallery, A Shared Experience.

She has exhibited on a regular basis with The Cynthia Corbett Gallery, Wimbledon, Firbob and Peacock, Knutsford and Wendy J. Levy Contemporary Art, Manchester.

A painter of powerful and expressive means, she has shown her large cycle of paintings The Stations of the Cross / The Captive Figure to great acclaim at the two Liverpool Cathedrals and at Canterbury Cathedral and at Gloucester Cathedral. A tour of venues in the UK and USA is being planned. The exhibitions have been sponsored by Liverpool Hope University College, working with the support of Amnesty International, who have said of her work, “These significant and powerful paintings open up opportunities to highlight and explore the issue of torture and the plight of victims of oppression all over the world.”

In 2001 she was granted an Arts Council Year of the Artist Award which allowed her to work in a Women’s Refuge from Domestic Violence, she was also Artist in Residence at the B.B.C. during the year 2000/1.

In 2002 she produced a sequence of six paintings each measuring 2.5 x 3.5 metres depicting scenes from the life of Saint Anthony of Egypt for a private house in North Yorkshire.

She produced a 3.5 x 5 metres altarpiece, The Visitation, for Liverpool Hope University.

She has featured in various publications and television documentaries including Mischa Scorer’s Degas: An Old Man Mad About Art, with Richard Kendall, Omnibus, 1996 and was part of the team that produced Degas and The Dance, in 2004 which has been awarded the prestigious Peabody Award. Her work is in many public and private collections including The Royal Collection.

Ghislaine Howard was named as a Woman of The Year in 2008 for her contribution to art and society.

Her work was included in the exhibition Ice Age Art: Arrival of the Modern Mind at the British Museum in London.  She was the only living artist to be included in that exhibition.

“My work centres upon the human figure and particularly the recording and interpretation of shared human experiences.” 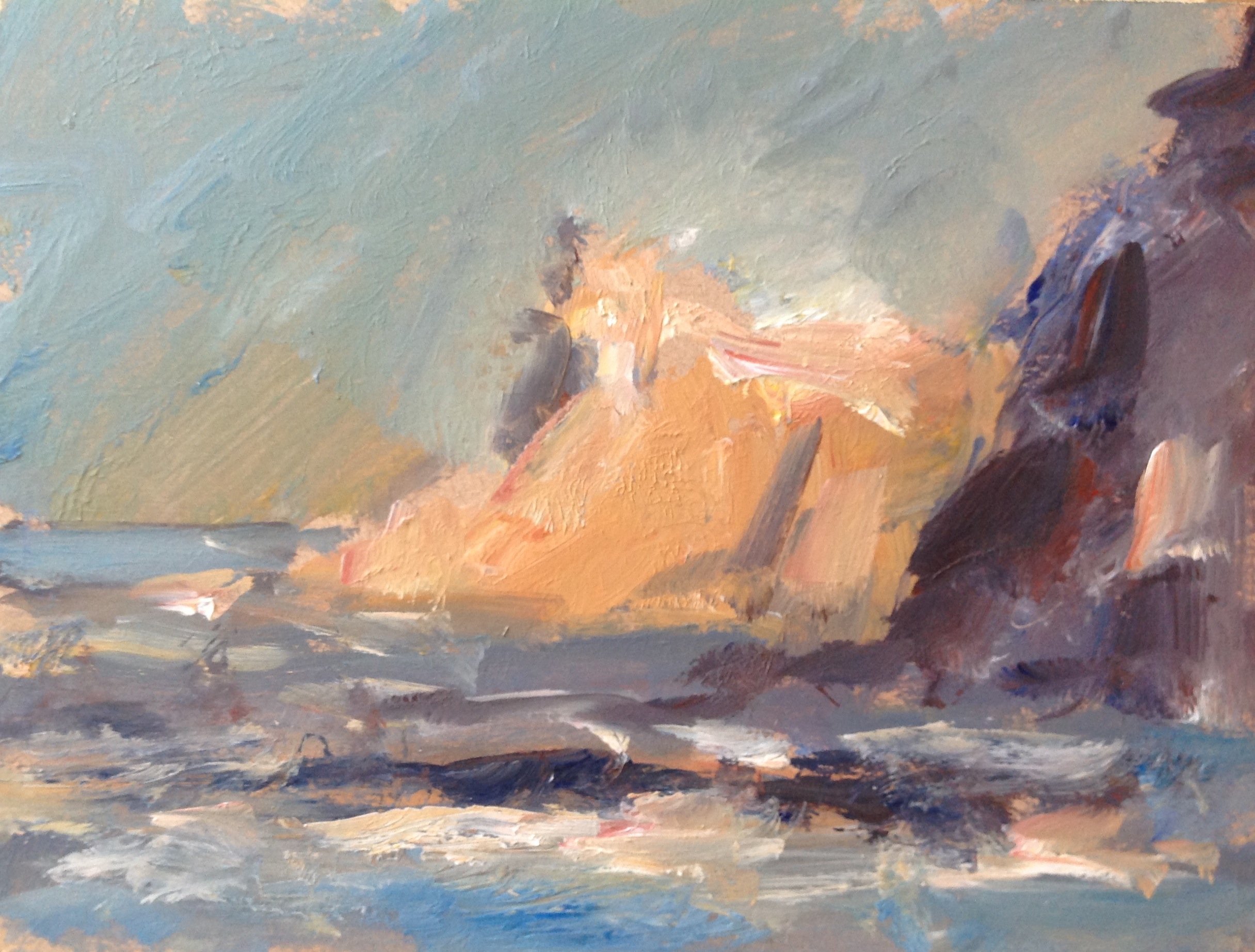 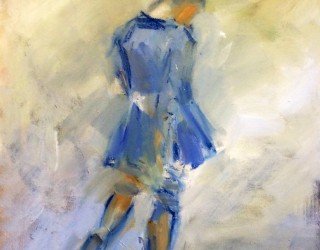 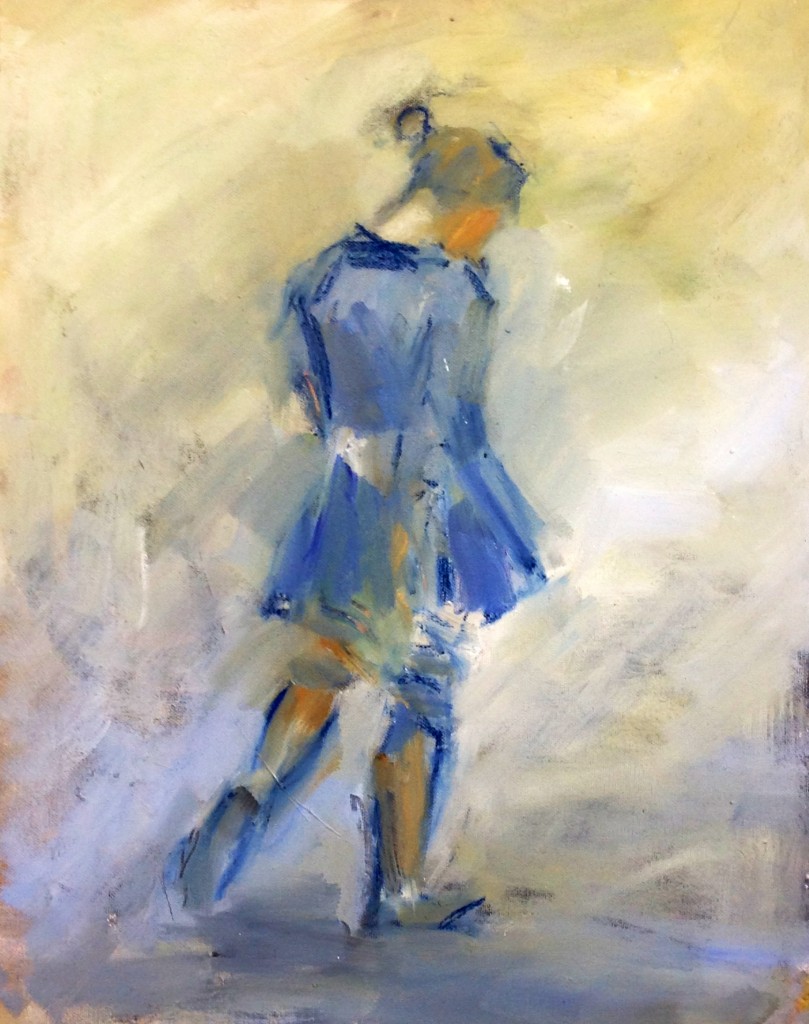 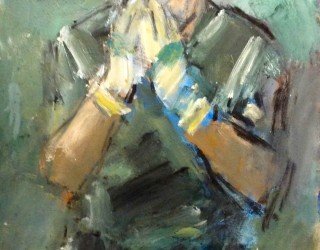 Man with Head in Hands 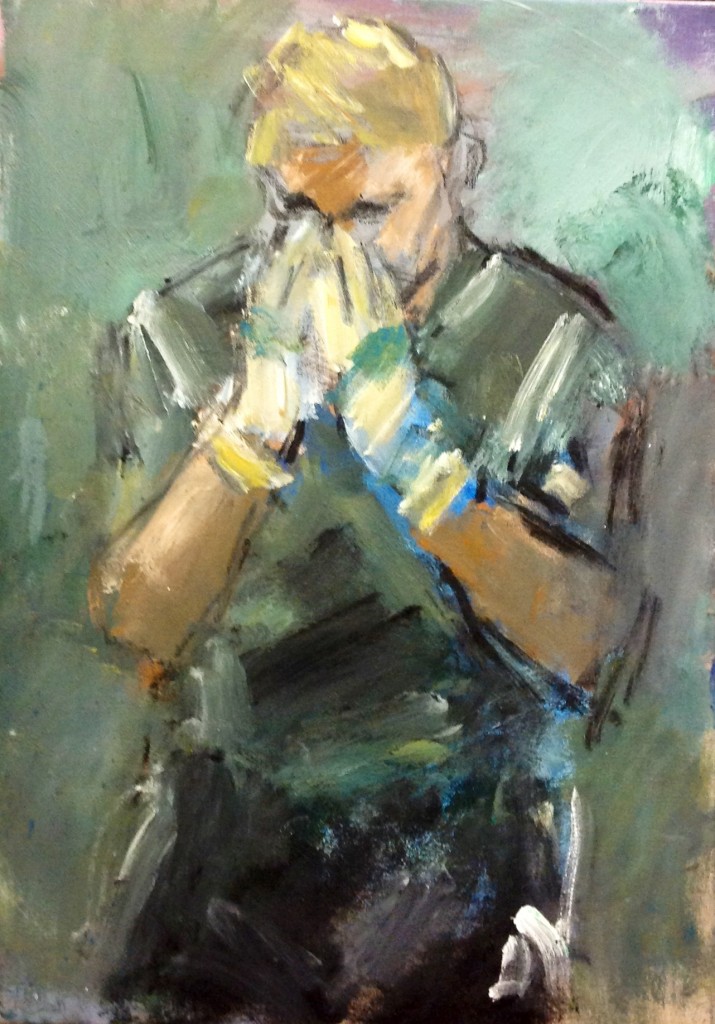 Man with Head in Hands

Based on the Manchester City goalkeeper Joe Hart 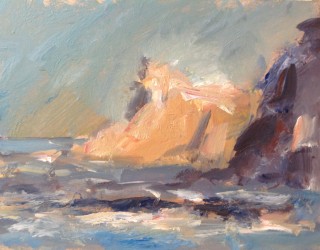 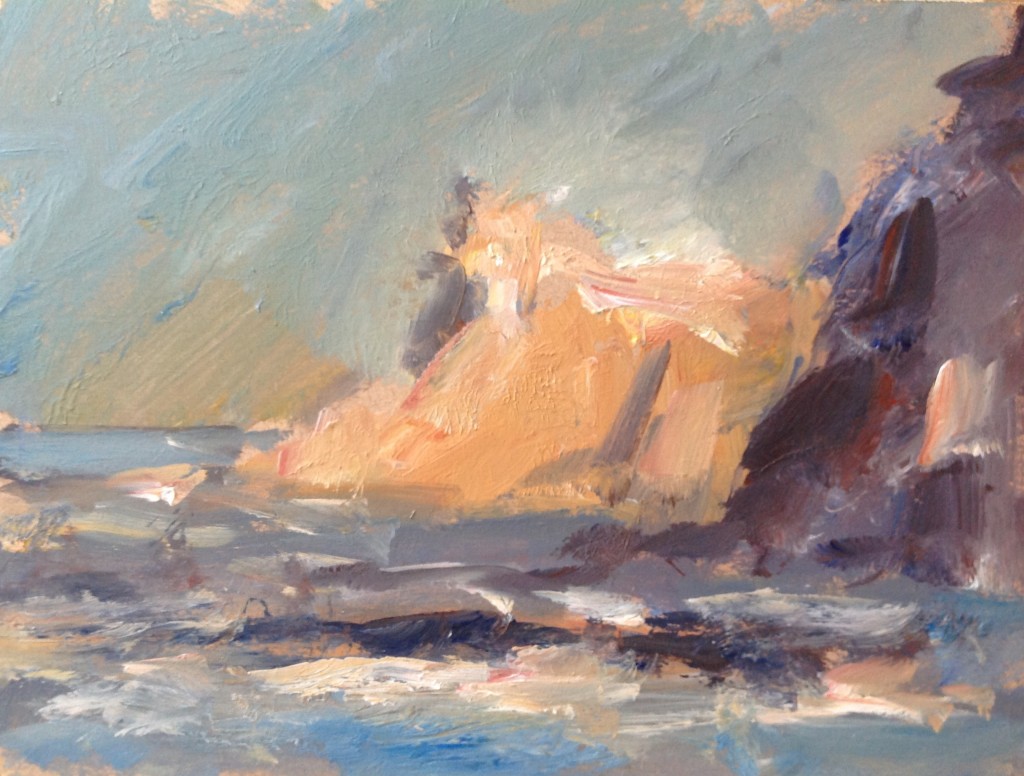