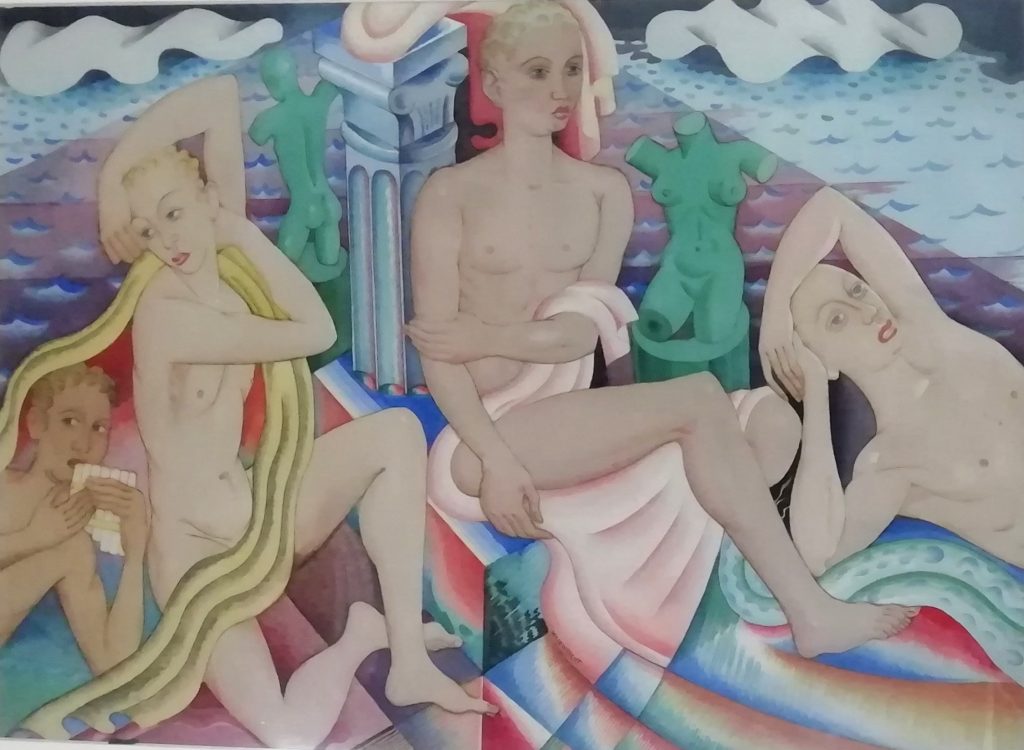 Albert Wainwright was born in Castleford, a historic market town in Wakefield, West Yorkshire. The youngest of three children, he always had a keen interest in art.   Went to Castleford Secondary School where he met Henry Moore, his classmate. Their mutual interest in art secured their friendship, even as soldiers in the First World War they wrote beautifully illustrated letters to each other.  The artistic talents of both Moore and Wainwright were recognised at school by their teacher Alice Gostick.

Believing that there was no future in art, Albert’s parents wanted him to train as an engineer but it was his teacher, Alice Gostick, who persuaded his father to let Albert attend the Leeds College of Art, the same College attended by Henry Moore.

In 1920, at the young age of 22, Albert Wainwright received his first one-man exhibition at Leeds City Art Gallery.  He made a very valuable contribution to the art scene of Yorkshire in the 1920’s and 30’s, and was probably one of the best British illustrators of that time.

The work of the nineteenth century illustrator, Aubrey Beardsley, had a great impression on Albert Wainwright which was heavily reflected in some of Wainwright’s work.

Wainwright had a summer home in the beautiful North Yorkshire fishing village of Robin Hood’s Bay which he visited annually for approximately 20 years, building up a rapport with the local community and becoming very involved with the art scene.

As a gay man he exercised discretion which reflected the covert nature of gay culture at that time. However, his work contained many secret symbols and references that alluded, surreptitiously, to his gay tendencies. His portraits of beautiful boys and young men, however, were less furtive, although generally fully clothed, their sensitively painted figures and alluring expressions were quite transparent.

Unlike Henry Moore, Wainwright was not a good self-promoter or networker.  He was quite happy working locally with the people he knew.  He made hundreds of costume and set designs for theatre productions, many of which have not survived.  Gradually, and surprisingly to us now, his work became largely forgotten after his death.

It wasn’t until 1980 that his work was brought to Cheshire by the art dealers Ian Starr and Wendy Levy who exhibited the work in Wendy’s gallery in Knutsford. The exhibition was well-received with many of Wainwrights drawings and paintings being added to private collections in Cheshire and beyond.

The largest public collection of Wainwright’s work is held at the Hepworth Wakefield Gallery where, in September 2013 until May 2014, an exhibition of the artist’s work was put on display. Click on the following link, then scroll down a little, to see the video about that exhibition: https://hepworthwakefield.org/whats-on/in-focus-albert-wainwright/ 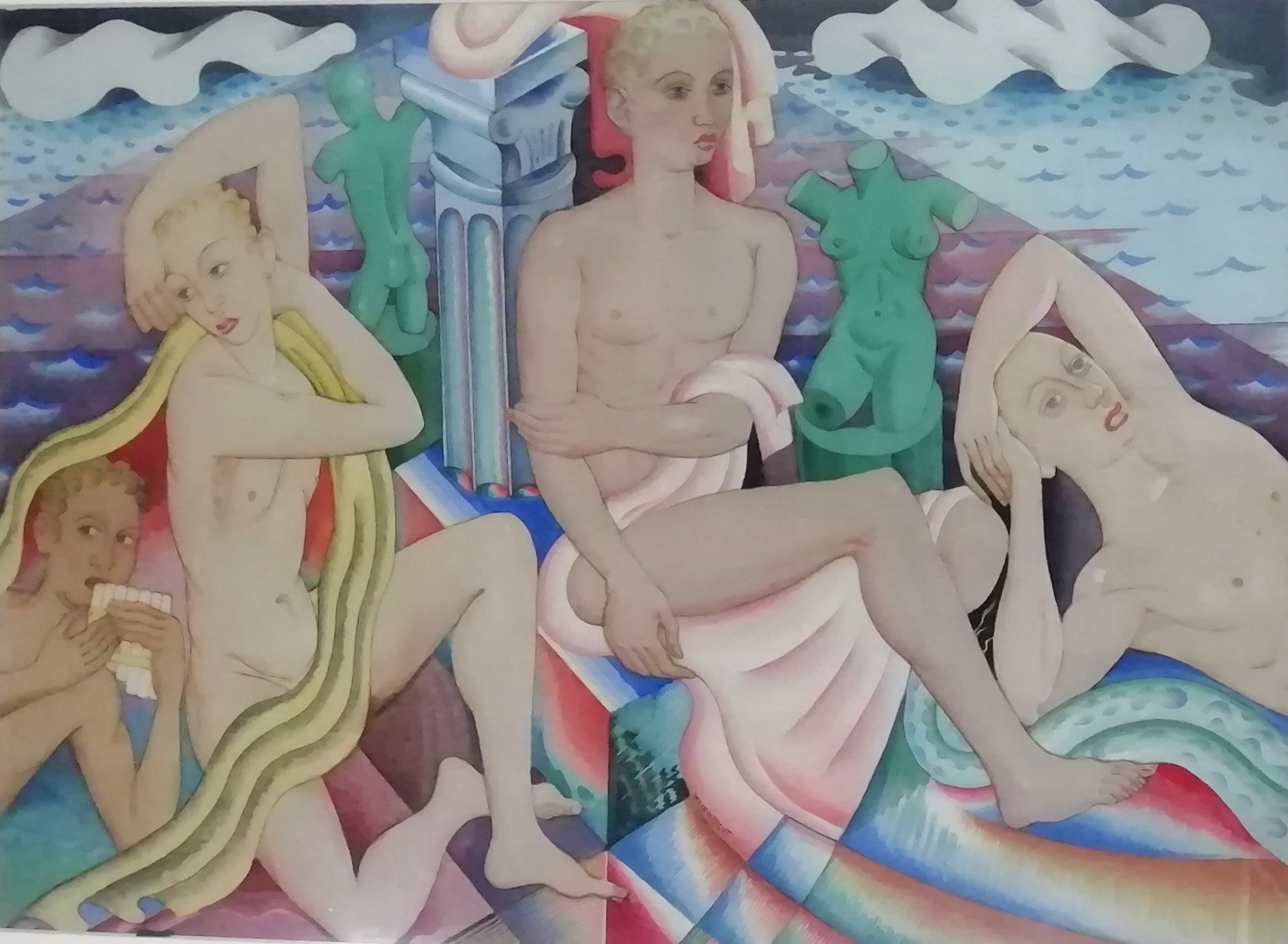 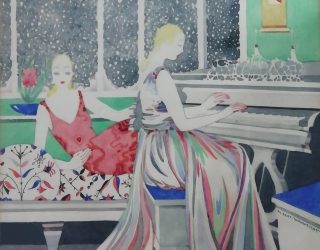 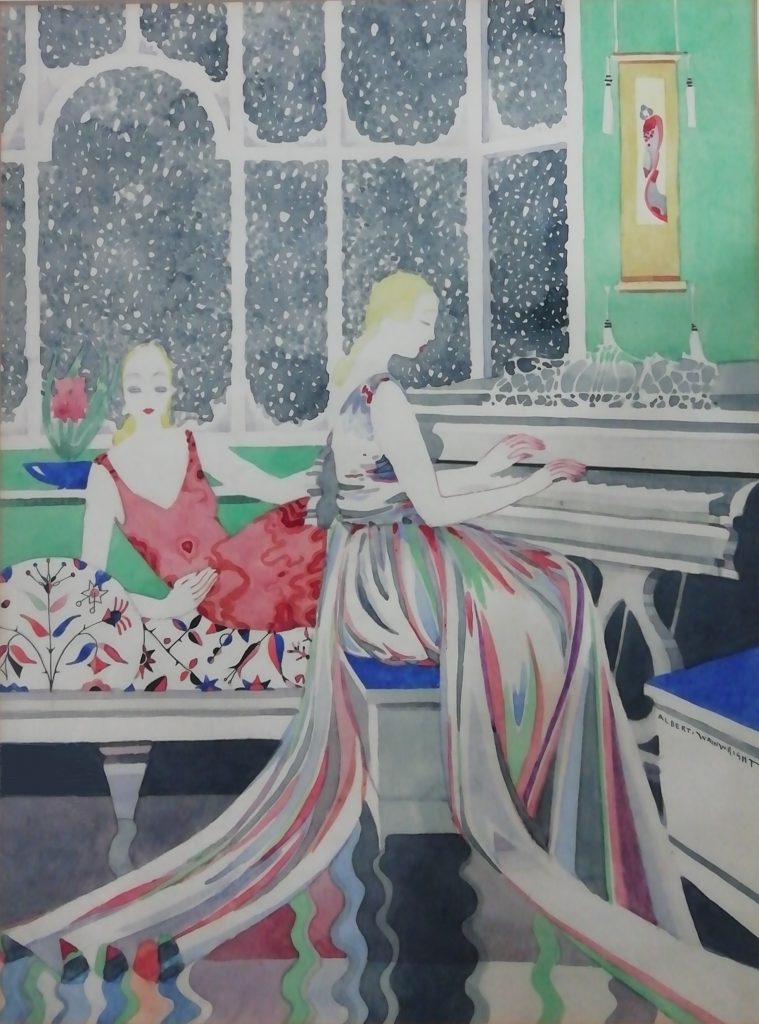